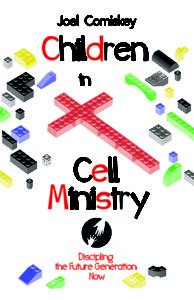 In 2002 a five-year-old boy named Carlos came to Marisol’s home cell group—one of the hundreds of Elim’s children’s cell group meetings in neighborhoods throughout San Salvador, El Salvador. Although he was only a child, Carlos was rebellious, disturbed the other children, and created havoc in the group. Marisol was patient and continued to invite Carlos to the group, gently correcting his discipline problems.

Marisol felt Carlos’s behavior was a product of his desire to attract attention, so she decided to visit Carlos’s family to know what was happening. When she arrived at Carlos’s home, she found out that his father had abandoned him and that he had grown up with his mother, who was now in prison for theft. Carlos was now living alone with his older brother and another twelve-year-old boy who was part of a violent gang. Marisol also learned that Carlos had two uncles who were killed in gang violence. Neighbors said Carlos’s family was under a curse.

Marisol decided to stand-up for Carlos and continued inviting him to the cell. Some parents stopped sending their children, wanting to avoid exposure to him. Marisol continued praying and ministering to him, warning Carlos not to follow the example of his brothers, but to follow Jesus and the Bible. Carlos eventually received Jesus as his Savior.

Slowly, Christ began to change Carlos and as Marisol observed those changes, she allowed him to lead parts of the group. As he assumed more responsibility, his behavior changed even more. As the years passed, Carlos grew in faith and his character became more Christ-like. Eventually, he joined a youth cell and was baptized in water. Carlos is now eighteen years old. He loves Jesus, is respectful of others, and has graduated from high school, something that no other family member has ever accomplished. He currently plans on studying physical education at the University of El Salvador with the goal of becoming a P.E. teacher.

Children, like Carlos, are being transformed throughout El Salvador through Elim’s children’s cell ministry. Mario Vega, the lead pastor of the Elim Church, said, “If children are not our present focus, the church has no future.” The goal of Elim is to develop more people like Carlos and change the culture of El Salvador in the process.

Books and seminars abound on small group dynamics, multiplication, coaching, church planting, and many other cell topics. Yet, the focus usually lies on adult ministry and the discussion of children takes a back seat—or is not discussed at all. Children are the silent majority that can’t argue their case and are often overlooked because they are not a source for revenue or immediate church leadership.

This needs to change.

When I do seminars around the world, I have mainly talked about how cells apply to the adults. I might get one or two questions about children in cell ministry, but it has not been my main focus.

I have needed to change.

As you read this book, I hope that you will envision a new place, a new role for children’s ministry, and that you will be able to say, “My church needs to change. We need to prioritize children.”

I have been writing about cell church themes since 1998, doing world-wide seminars on cell ministry, and coaching pastors. Inevitably, pastors and leaders want to know what to do with the children. I normally direct them to the writings of Daphne Kirk, Lorna Jenkins, or to an effective church that has excelled in children’s cell ministry. Writing this book, however, has helped me to draw from other sources and dig deeper into the foundations for this important topic.

My own personal experience with children’s cell groups began in Ecuador in 1998. It was during that year that my church transitioned to become a cell church, and implemented both intergenerational cell groups (children participating in the adult cell but having their own lesson time) and children only cell groups (adult-led children’s groups that met apart from the normal adult cell).

The church hired a Christian education director, who became the supervisor or coach of the children’s cell leaders. She prepared the material for children’s cell groups that met in different homes throughout Quito, Ecuador. The same C.E. director was in charge of preparing the volunteers who ministered to the children during the Sunday celebration gathering.

In 2003, I planted a church in California which began with a single cell group. My children were intimately involved in our intergenerational cell group, staying in the adult cell for the icebreaker and worship time and then going into another room for their own Bible lesson. My wife would teach our children how to lead their lesson and then we would both coach them afterwards. All three of my children eventually led a kid’s group, and two of them also led youth cells as the church grew. I saw firsthand that involving my own children at a young age prepared them for later leadership and ministry.

My personal experience has opened my eyes to the importance of this topic and sent me on a path of rethinking cell groups, the church, and the place of children in God’s kingdom. By God’s grace we have pioneers who have cleared a path for us to follow and provided inspiration for the content of this book.

Lorna Jenkins was one of the early pioneers of children’s cell ministry. In 1995 she wrote a manual, Feed My Lambs, and then in 1999, she wrote her classic book, Shouting in the Temple, which details how children’s cells became a vital part of the Faith Community Baptist Church (FCBC) in Singapore. She also developed a plethora of equipping material, which I will highlight in a later chapter. Lorna Jenkins worked closely with Ralph Neighbour and Laurence Khong to place children at the heart of FCBC’s cell transition. She excelled in connecting the children’s teaching on Sunday with the home cell group material, which she provided to each cell group. She perfected the Intergenerational Cell group (IG group), during which children mixed with parents during the cell icebreaker and worship time, and then went to another room in the house to receive their own lesson. Adults in the cell group would rotate in teaching the children. In the process of perfecting these IG groups, Jenkins became an expert on this topic, and I highly recommend her material.

Another name synonymous with children in cell ministry is Daphne Kirk. She has dedicated her life to preparing the emerging generation and connecting the generations to minster to each other. She was an early innovator in the cell church movement, traveling extensively with Ralph Neighbour and Bill Beckham in the 1990s. She continues to travel at a demanding pace, teaching churches about the importance of connecting the generations and making sure that children are not neglected in cell church ministry. Two of her many books, Heirs Together and Reconnecting the Generations, are a must read for those intending to include children in cell church ministry. She also has developed equipping material for children, which we cover in chapter seven of this book.

York Alliance Church (YAC) in York, Pennsylvania is a shining example of a church’s successful inclusion of children in cell ministry. Soon after YAC transitioned to cell church ministry in 1999, they began to emphasize IG cells, in which the children, youth, and adults participated together. Daphne Kirk’s visit to the church in 2002 helped transform the way YAC pursued IG ministry. After fifteen years, the IG groups are now a way of life at YAC. New people coming into the church assume that this is the normal way to do church. Many of the current leaders at YAC attended the church as children. They now have twenty active IG groups meeting in homes throughout the area.

The Vine Church in Brazil has been actively developing children in home cell groups since 1999. They now have 10,000 children’s cell groups with some 100,000 children participating. The children’s home cell groups are very participatory, dynamic, and educational. The Vine views the children as individuals who need to be discipled, knowing that they will soon be adults. When the child reaches the age of thirteen they become part of a youth cell, and later, participants in an adult cell. Testimonies abound of children who were born again in a children’s cell group, discipled in the process, and are now preparing to be pastors and church planters.

The Elim Church in San Salvador is also a great example of children’s cell ministry. God is developing the next generation through children’s cells in San Salvador, a challenging city that has one of the highest rates of homicide in the world. As Elim transforms children, they are making a positive contribution in a country in which gang violence results in thousands of deaths each year. Pastor Vega believes that the high rate of gang involvement (some 30,000 gang members) is because the youth feel marginalized and uninvolved in society at large.

Elim now has about 28,000 children attending their cell groups. Their goal is to reach 100,000 (10% of the city’s population) and to make this a reality, they are pouring more and more resources into ministry for children. Transforming children and society is the vision under which Elim develops their children’s cells. Elim’s ultimate goal is to see their country changed by the gospel of Jesus Christ, starting with the transformed lives of children.

The Age of a Child

In this book, I will refer to a child as someone twelve years old or younger. At times I’ll distinguish between babies (0-2), toddlers (3-5), and older children (6-12), but for the most part I will just use the word child or children to describe a person from the ages of 0-12 years old. In this book, I will not be discussing youth or youth cells (13 years old and above).

Those cell churches who prepare children for the future have made critical value changes. The leaders believe that God has placed a high priority on children and that this precedence can be seen in Scripture. In the first chapter, therefore, I will explain the biblical base for children’s ministry and in the second chapter I’ll explore the need for rethinking our strategies based on these biblical truths. Chapter three talks about discipling children in both large and small groups.

Two chapters will explain how IG groups allow children and adults to work in harmony in the discipleship process. I have one chapter on children only cell groups (CO groups), in which the children meet apart from an adult cell.

I will also cover how cell churches equip children and parents. I have one chapter on how to make a step-by-step transition to children in cell ministry. Finally, I will highlight common mistakes in children’s ministry and how to avoid them.

Jesus said to his disciples,

What does it mean for the Church today to take this verse seriously? This is a question that has shaped the churches highlighted in this book and their attempt to practice this truth in life and ministry.