I’ve been coaching pastors since returning from Ecuador in 2001. My journey in coaching pastors can be summed up by the title of John Maxwell’s famous book, Failing Forward. When I first started in 2001, I figured pastors had hired me to tell them what to do. I thought coaching meant consulting. I soon discovered that my know-it-all approach was wearisome and didn’t work long-term. So then I read a bunch of books on coaching and changed my stance to the “therapeutic listener.” When a pastor asked my opinion on a topic, I would turn it around saying, “What do you think?” or “what would you do?” Listening and well-placed questions certainly enhanced my coaching, but the pastors weren’t satisfied. After all, some simply lacked knowledge on how to transition or how to lead a cell group. They needed information.coach 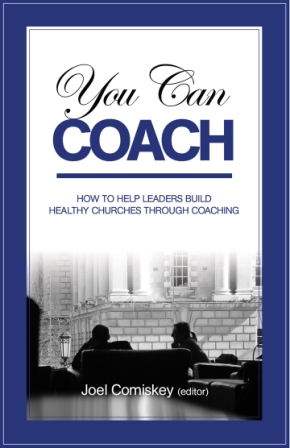 I became fruitful in my coaching ministry when I developed my own coaching style based on reading, experience, and practice. One key discovery can be summed up by the phrase “Throw Out the Rule Book.” I realized that each pastor was unique, and I needed to adapt my coaching to meet the needs of the coachee, rather than following someone else’s rule book. Some needed more listening and encouragement while others expected teaching and information. I came across a quote from an article in ESPN that really resonated with this truth. Writing about Federer’s approach to coaching (the great tennis champion), this article in ESPN said, “In today’s game, most players put great stock in having a full-time dedicated coach. The role of a coach can vary from tactician and strategy expert to psychologist, travel agent, babysitter, substitute parent and best friend, and often is comprised of all those facets.” From constant feedback and evaluation from the coachees, I can know if I’m effectively coaching that particular pastor or cell champion.

In June 2009, Ben Wong gathered a handful of pastors and leaders in Los Angeles to talk about coaching. We shared our varied experiences, and by the end of the day, we decided to join forces to write book on coaching. The book is due in October 2010 and the title is “You Can Coach: How to Help Leaders Build Healthy Churches through Coaching.” I will be the editor of this book and will also write a couple chapters. One chapter will be entitled, “Throw out the Rulebook.” The other authors will include Ben Wong (Hong Kong), Timothy Tu (Taiwan), and Sam Skaggs (U.S.). All of us are actively engaged in coaching pastors and leaders.

Here’s a question for you: What’s your opinion about the concept ”throw out the rulebook?” Share it HERE.