I remember one of my early church planting cell seminars in Uruguay in 1998. Some Southern Baptist missionaries came up to me during the seminar saying, “Your studies about the world’s largest cell churches are great, but how do you plant a cell church from scratch? We’re here in Uruguay starting from nothing. What should we do?” Their questions–and my lack of answers–stirred me to begin compiling research on cell church planting. And in two weeks I present to you, Planting Churches that Reproduce. Here is an excerpt from chapter two: 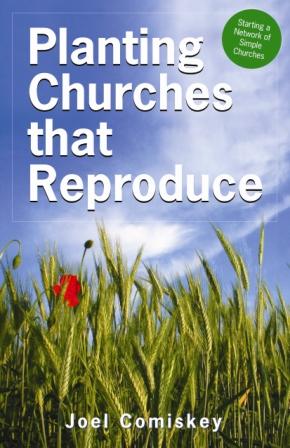 I spoke at a seminar in Florida a few years ago. The host church asked me to speak to the staff, and one of the pastors inquired about his network of small groups. He wanted to know what he should do when his network reached the third generation of small group multiplication. He hoped to tap into my knowledge of small group coaching structures in mega churches. My mind raced through the different case studies and variables, but my answer was less than convincing—and I was supposed to be the expert on the topic! It suddenly dawned on me that the church needed to simplify. The members had become too bulky and complicated in their quest for mega church status. I boldly declared:

Your church has become too complicated because you’ve grown too large. The fact that we’re talking about multiple layers of generational multiplication says to me that you need to simplify the process. You need to plant new churches. Give away some of those layers of multiplication to a new church plant. Don’t try to figure out how to keep them all under the same roof. God wants you to become a church planting movement—rather than growing your own church larger and larger.

I surprised myself by that answer. For many years I promoted complicated coaching structures in mega cell churches and wrote books that helped people figure them out. Yet I began to realize that very few churches were large enough to understand what I was writing about. It also dawned on me that smaller church plants had the added benefit of being far less complicated!

I rejoice in the world’s largest cell churches. However, I believe the VAST majority of cell churches will never reach that point. Most will focus on simple church planting movements.