Joel Comiskey (Ph.D. Fuller Seminary) is an internationally recognized cell church coach and consultant. Joel has written best selling books on the worldwide cell group movement. He served as a missionary with the C&MA in Quito, Ecuador, planted a cell church in Southern California, and now coaches pastors in cell-based ministry. He also teaches as an adjunct professor at Tozer Theological Seminary. Joel and his wife, Celyce, have three daughters and live in Moreno Valley , California. Check out Comiskey’s web site and his resume.

Mario Vega is senior pastor of the Elim Church, located in San Salvador and the second largest church in the world—approximately 11,000 cell groups and 110,000 people attending the cells. Mario Vega is also the principal leader of the international Elim movement which has spawned approximately 125 churches around the world. Mario is the author of several books. He lives in San Salvador, El Salvador with his wife, Cecilia, and son, José. His website is: www.elim.org.sv 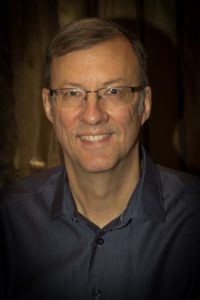 Steve Cordle: Dr. Steve Cordle is the founding pastor of Crossroads United Methodist Church near Pittsburgh. Steve pastors a church of 80 cells, 1200 worship attendance, and several satellite campuses. Pastor Steve’s book, The Church in Many Houses, talks about the principles necessary to grow a healthy cell church. Steve wrote his doctoral dissertation on small group ministry and specifically in the area of coaching. Web site: http://www.crossroadsumc.org/

Jeff Tunnell: Jeff Tunnell is Pastor Emeritus at Big Bear Christian Center, a cell church located in a mountain community of 5700 (24 000 in the surrounding area). I’ve heard people say that cell ministry works only in bustling urban environments, but Big Bear Christian Center (BBCC) finds itself in just the opposite environment, yet God is doing great things through the cell ministry. From 1990-2000 Tunnell patiently steered the church through transition to the cell-driven strategy, adapting cell principles to fit the context of Big Bear City. In 2013 he completed a 3-year pastoral leadership transition by setting in Rob Hastings as the Lead Pastor.

Celyce Comiskey: Celyce earned a Bachelor of Science in nursing as well as a post-graduate theological training. Celyce and Joel were missionaries with the Christian and Missionary Alliance for eleven years in Ecuador. She is now a full-time mother of three children, and she loves home-schooling them. God has given her a special interest in counseling. Celyce is a great cell leader, having multiplied her cell groups on various occassions. She is currently leading a women’s cell and both Joel and Celyce lead a family cell group together.